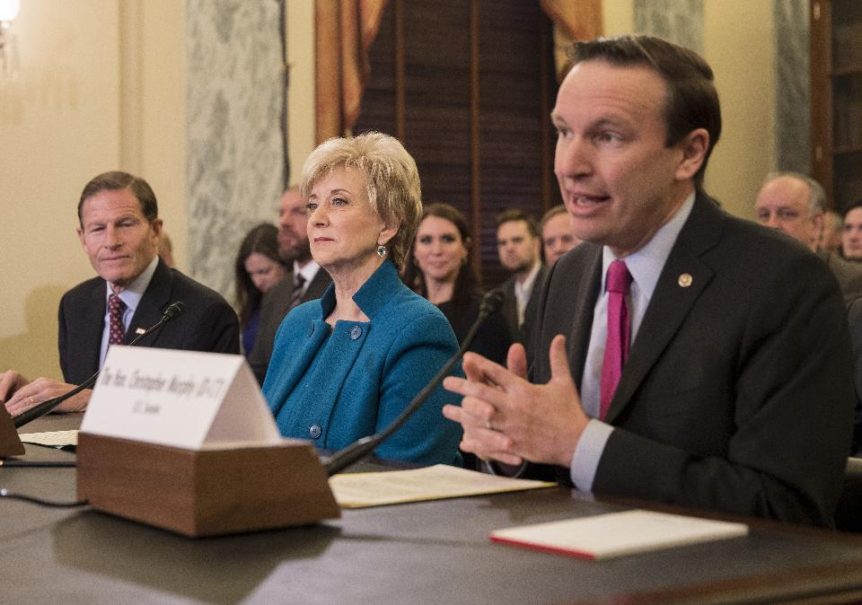 On Tuesday morning, Senator Jim Risch, Republican of Idaho, decried on the Senate floor the “cauldron of anger, bitterness, and acrimony” that Washington has become since President Donald Trump began trying to assemble his government. Certainly Congress has divided sharply on several of Trump’s cabinet picks. But one instance where that was not true – or at least not as true – was in the business at hand, the nommination of Linda McMahon to become administrator of the Small Business Administration. Shortly after Risch, who leads the Senate’s Small Business Committee, spoke, he and his colleagues voted 81 to 19 to confirm McMahon for the job.