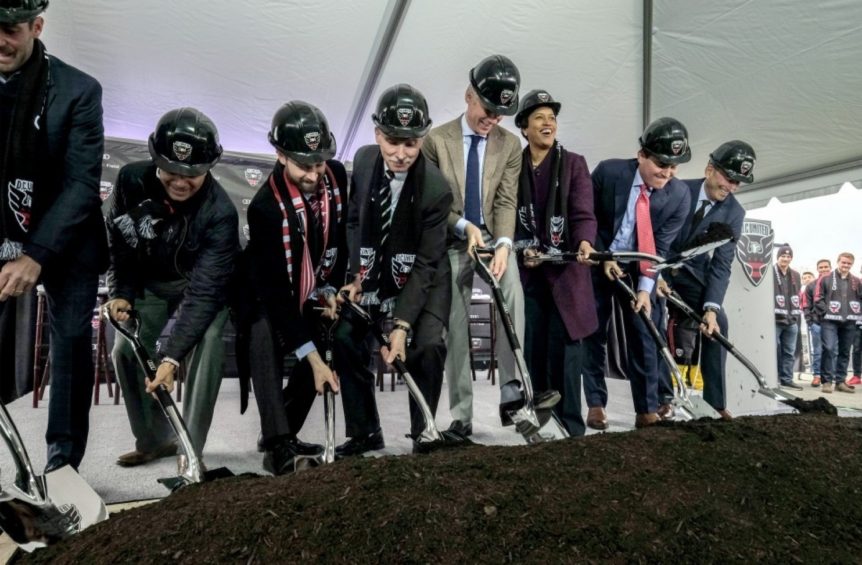 On a paved lot between Nationals Park and Fort McNair, a mayor, a sports commissioner, a mascot and a machete gathered under a white tent in a gritty industrial nook of the District on Monday.

After 13 years of surefire plans, shifting locations and shattered hopes, D.C. United hosted a groundbreaking ceremony for a new stadium at Buzzard Point in Southwest Washington.

As officials posed with shiny shovels in front of a trough of dirt, orange excavators rumbled in the distance as actual work on 20,000-capacity Audi Field steamed ahead.