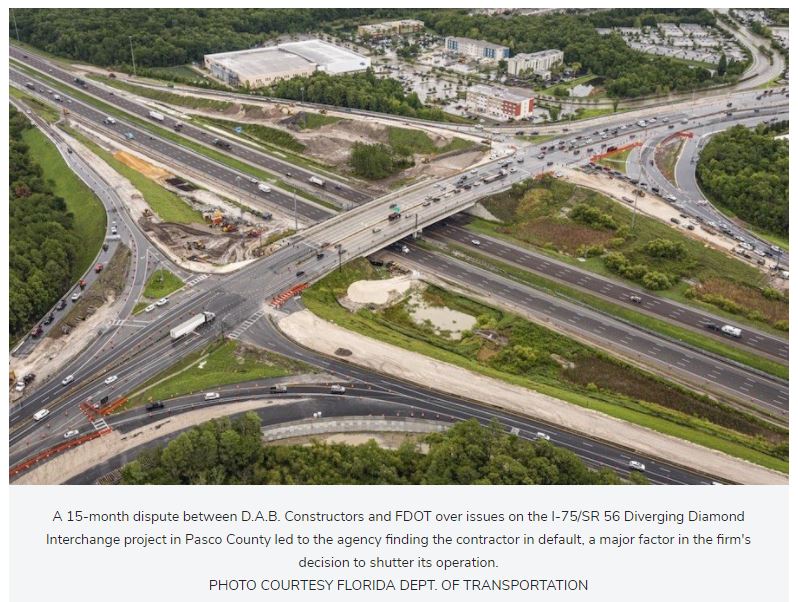 By Scott Judy for Engineering News-Record

Highway contractor D.A.B. Constructors is winding down operations and walking away from six ongoing projects after the Florida Dept. of Transportation defaulted it from a $33-million interchange project and allegedly failed to reimburse the Inglis, Fla.-based contractor more than $10 million in costs on a separate $31.8-million contract.

In a statement published July 26, company president Debora Bachschmidt and Bill Bachschmidt, executive vice president, said they are “putting the completion of ongoing projects in the hands of our bonding companies.” The 33-year-old firm has described itself as Florida’s only remaining woman-owned prime highway contractor.